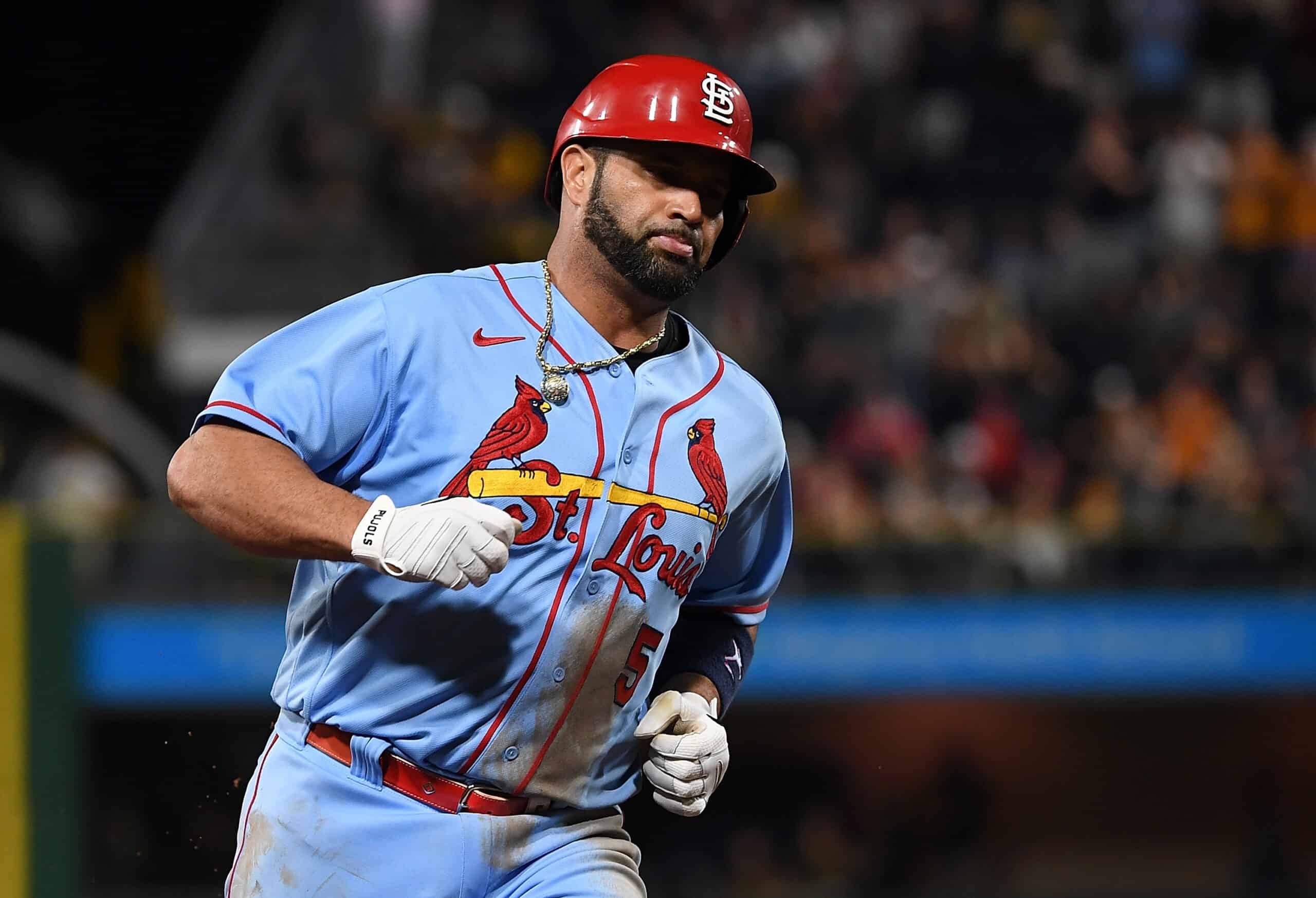 The St. Louis Cardinals legend and one of the greatest right-handed hitters in MLB history, is still driving the ball at a high level in his 22nd season.

Pujols homered for the 17th time on Saturday night and that got him one step closer to 700 for his career.

The slugger has 696 career home runs which tie Alex Rodriguez for the fourth most of all time.

Hitting 700 career home runs is a historic mark, and hopefully, Pujols will not stop playing until he gets there.

But, if he gets that number this season, he is still good enough to help the Cardinals again next season.

For the year, Pujols looks like one of the best hitters in all of baseball against left-handed pitching.

After a few bad seasons in which it looked like his age caught up to him, the slugger looks reinvigorated in St. Louis.

Also, the DH being added to the National League has helped Pujols in a big way.

None of what we are seeing this season in St. Louis would be possible if they did not add the DH.

Pujols will not be a serviceable fielder for any team, but he can DH any day with the best of them.

As a fan of baseball, maybe it is selfish to think Pujols should keep playing.

But, his production this season can not be ignored.

Pujols has a chance to add his fourth world series championship to his mantle this season.

The Cardinals are playing well of late and have separated themselves from the Brewers in the AL Central.

Pujols has been great in the playoffs throughout his career.

Another career milestone that Pujols should continue to chase is RBIs.

That is only 18 away from Babe Ruth for second all-time and 101 away from Hank Aaron for the most ever.

Pujols has driven in 46 runs this year and at least 50 in every full season of his career.

Speaking of Ruth, if Pujols can get to 700 home runs this season that would put him only 15 away from passing Ruth for third in career home runs.

Most home runs in MLB history:

Passing one of the greatest players of all time in two huge statistical categories should be enough of a reason to keep playing.

Being able to play at a high level for 20+ seasons is something that is not seen anymore in sports.

We are currently seeing it with Tom Brady in the NFL.

But more often than not players are not playing that long anymore.

That ranks fifth all-time and trails only Rickey Henderson by 22 games for the fourth most in history.

When you look on these all-time lists you see names like Ruth, Aaron, Bonds, and Pujols near the top of all of them.

The Cardinal legend still has more to give to the game and hopefully, we will see him chase down these statistical milestones in 2023.