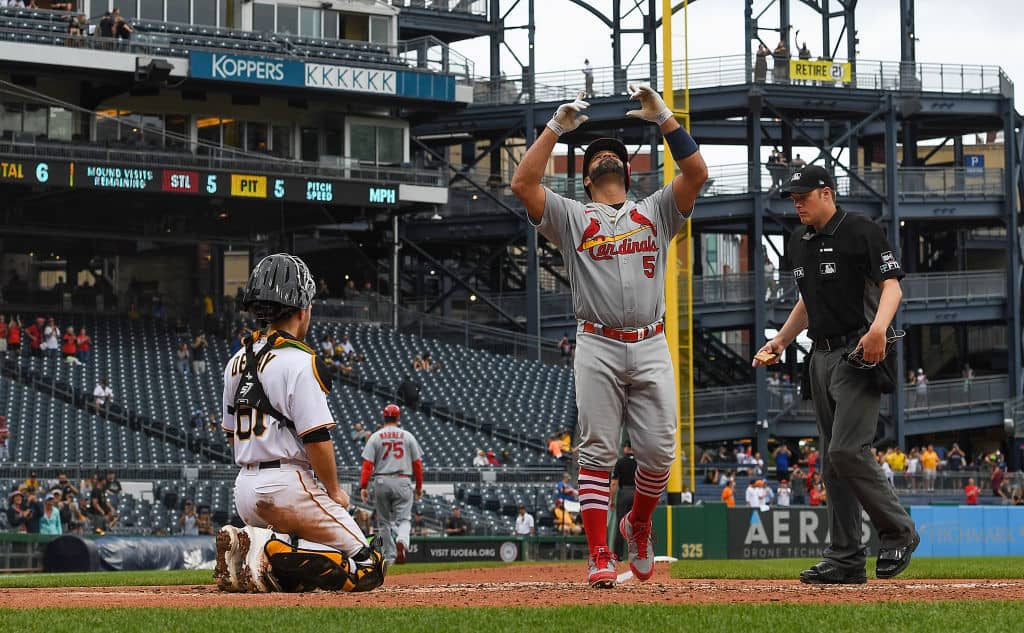 Another day, another home run for Albert Pujols.

This time, it was home run No. 697, which puts him to within three homers of 700 for his career and moves him past Alex Rodriguez for fourth all-time in home runs.

The blast gave the St. Louis Cardinals their first lead of the day in the top of the ninth over the Pittsburgh Pirates.

Some Bucs fans were lucky enough to catch the ball.

Matt and Samantha Brown caught the ball and after the game, they went to return it to Pujols.

Samantha’s father had passed away in September of 2021, and knowing this, Pujols told her and Matt to keep the home run ball as a souvenir.

Matt and Samantha Brown caught Pujols’s 697th homer. Samantha’s
father passed away one year ago today. They met with Albert to give him the ball back — he told them to keep it and signed two more for them. Said it would mean more to her than to him, per @jmjones. pic.twitter.com/Tvtuyz5aYF

This is a class act by Pujols.

Pujols has always been a guy who puts the fans before himself and yesterday, he made two Pirates fans’ day when he allowed them to keep his home run ball.

Of course, this isn’t the first time Pujols has given fans such a gift.

Back in 2010, when he hit his 400th career homer, he gave the bat to a young fan battling cancer.

Once again, Pujols didn’t let the accomplishment go to his head, and instead chose to make the fans happy.

Not many fans can say that they have a souvenir from one of Pujols’ many home runs, but Matt and Samantha Brown can.

This has to be a dream come true for them.

No, they’re not Cardinals fans, but they understand what Pujols means to the game of baseball, and now they get to celebrate with a home run ball from the man himself.

Whoever catches that one will be a lucky fan.