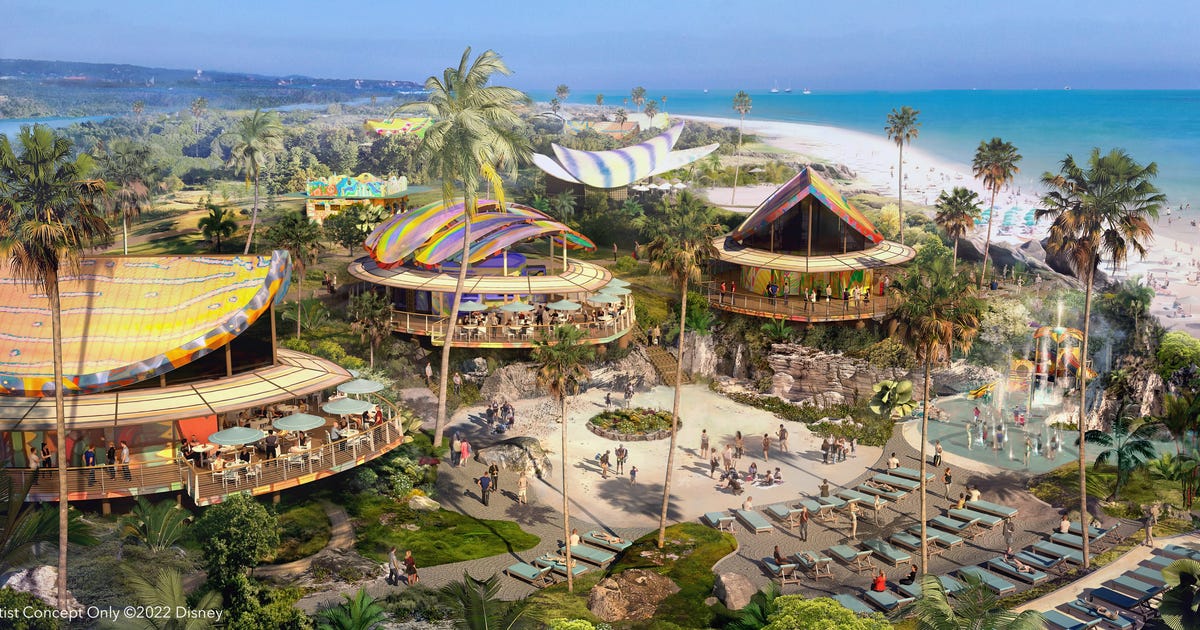 Just months after the Disney Wish set sail in July, the company is already eyeing its next cruise ship. The cruise liner will be named the Disney Treasure and will feature Agrabah stylings from Aladdin, with a “gilded great hall,” Disney has announced.

Disney says the Treasure is scheduled for delivery in 2024, and is the second of three new cruise ships planned through 2025 following the Wish.

D’Amaro also showed off a first look at Disney’s next destination in the Bahamas, which will become a port of call of Disney cruise liners once it opens. Disney’s second Bahamas destination is at Lighthouse Point on the island of Eleuthera.

The company is working with Bahamians on making the experience authentic, D’Amaro said. The island will have places for guests to dine, shop and swim and will be fitted out with a youth activity area, a recreation center, a water playground and a cultural pavilion. 90% of the Disney site on the island will be powered by solar energy.

Disney said it would develop less than 20 percent of the property, and donate more than 190 acres to the government.

Also announced during the Disney Parks and Experiences Panel at D23 were the Avengers Campus multiverse expansion at Disneyland, details on the Princess and the Frog retheme of Splash Mountain, the opening date for the Tron Lightcycle Run at Disney World, San Fransokyo at California Adventure and a potential villains, Coco and Encanto area at Magic Kingdom.

Read more: The Most Unexpected Things on Disney’s Newest Cruise Ship, the Wish