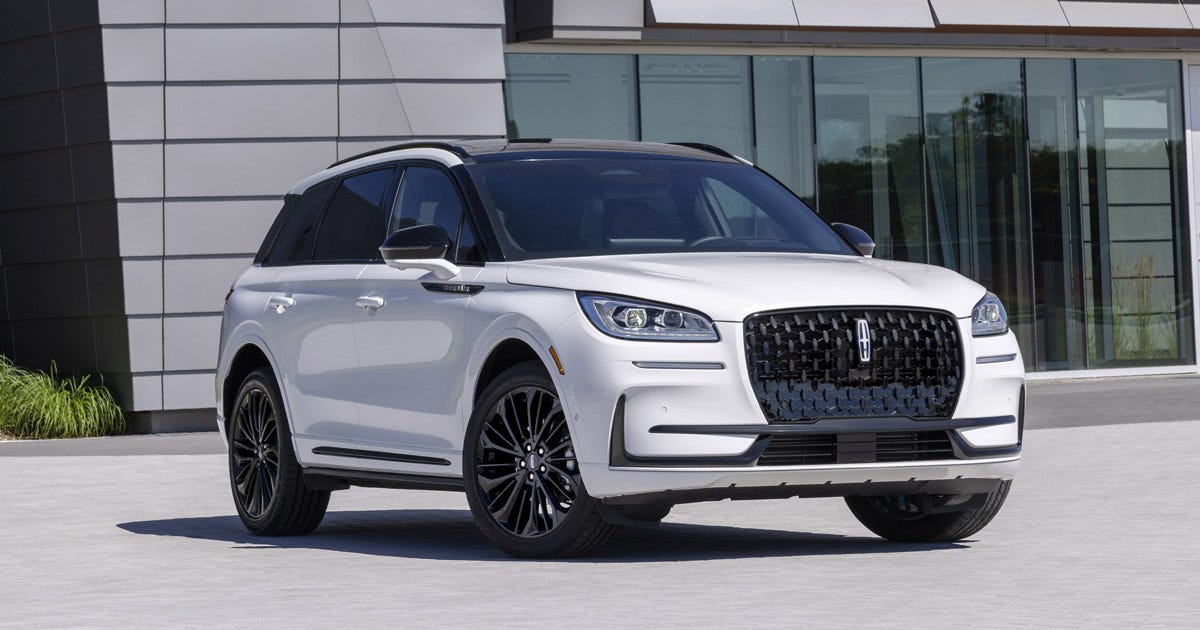 After making its debut in 2019 for the 2020 model year, the Lincoln Corsair is ready for its midcycle refresh. And while there are new and interesting aesthetics to take in, the real meat and potatoes of this glow-up is in the tech.

Lincoln on Monday unveiled the 2023 Corsair compact luxury SUV, ahead of its in-person debut at the 2022 Detroit Auto Show. Even though it was time for a midcycle refresh, the Corsair is still mighty popular, seeing a 21.2% sales increase this year. Thus, it makes sense that Lincoln would turn its attention to cramming as much of its latest and greatest tech in the new Corsair as possible.

Perhaps the most important addition is ActiveGlide, Lincoln’s name for its suite of active driver aids that enables hands-free driving on certain premapped stretches of limited-access highway. The Corsair will get ActiveGlide 1.2, the latest and greatest version that was just announced last week. Its most notable addition is automatic lane-change assist, but it will now slow for curves and reposition itself in the lane to avoid drivers hovering too closely, as well.

The 2023 Lincoln Corsair also gets an infotainment upgrade. The dashboard touchscreen grows to 13.2 inches and carries many of the visuals found on the widescreen display in the flagship Navigator. A 12.3-inch digital gauge cluster is also standard. Free Amazon Alexa compatibility will be baked into the software for the first three years, as well.

Lincoln also gave the 2023 Corsair a more modern visage, by way of a new grille that stretches a little lower on the front bumper, in addition to revised daytime running lamps, new wheels and new shades of red and blue paint. The Corsair Grand Touring plug-in hybrid also gets unique blue accents to showcase its electrified underpinnings.

Additionally, there are two new interior themes on offer; Smoked Truffle offers a warm gray that keeps things a bit more neutral, while Eternal Red adds a little flash with a wine-adjacent red leather motif. The coolest part is probably the dashboard trim, which has perforations where ambient light shines through. Other interior improvements include a revised floating center console that moves the climate controls to the touchscreen, and the wireless device charger now resides in a more accessible location.

The 2023 Corsair’s powertrain options remain the same. Most models use a 2.0-liter turbocharged inline-4 producing 250 horsepower, while Grand Touring variants combine a 2.5-liter gas engine and an electric motor to create a plug-in hybrid with a net 266 horsepower. The 2023 Lincoln Corsair will go on sale in early 2023 but order books are already open.