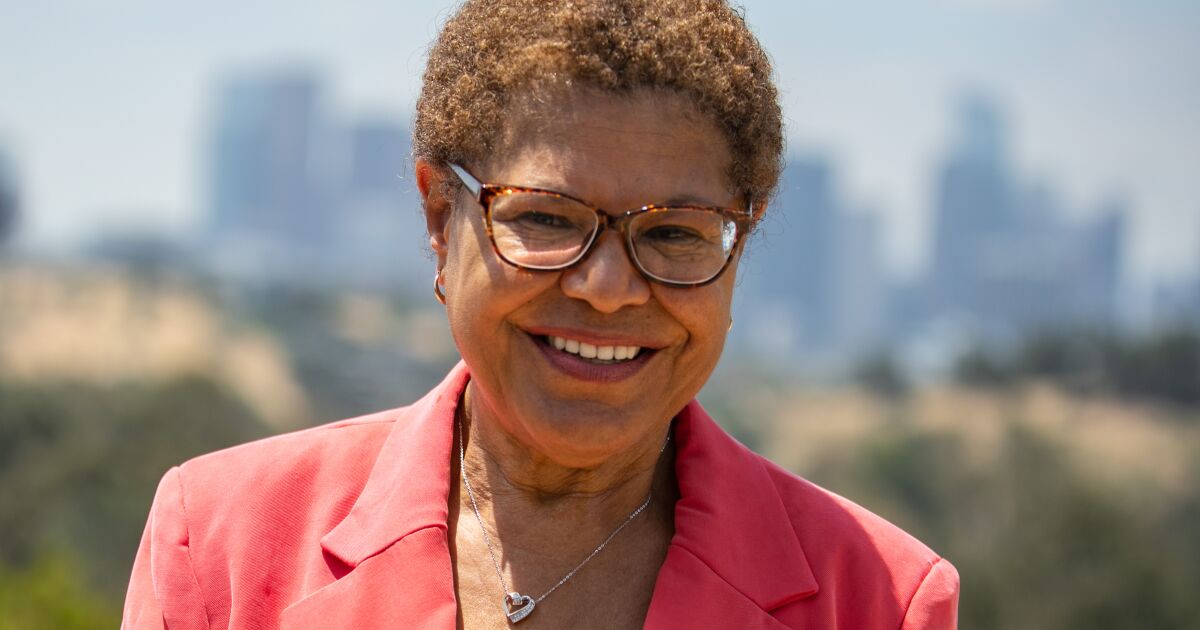 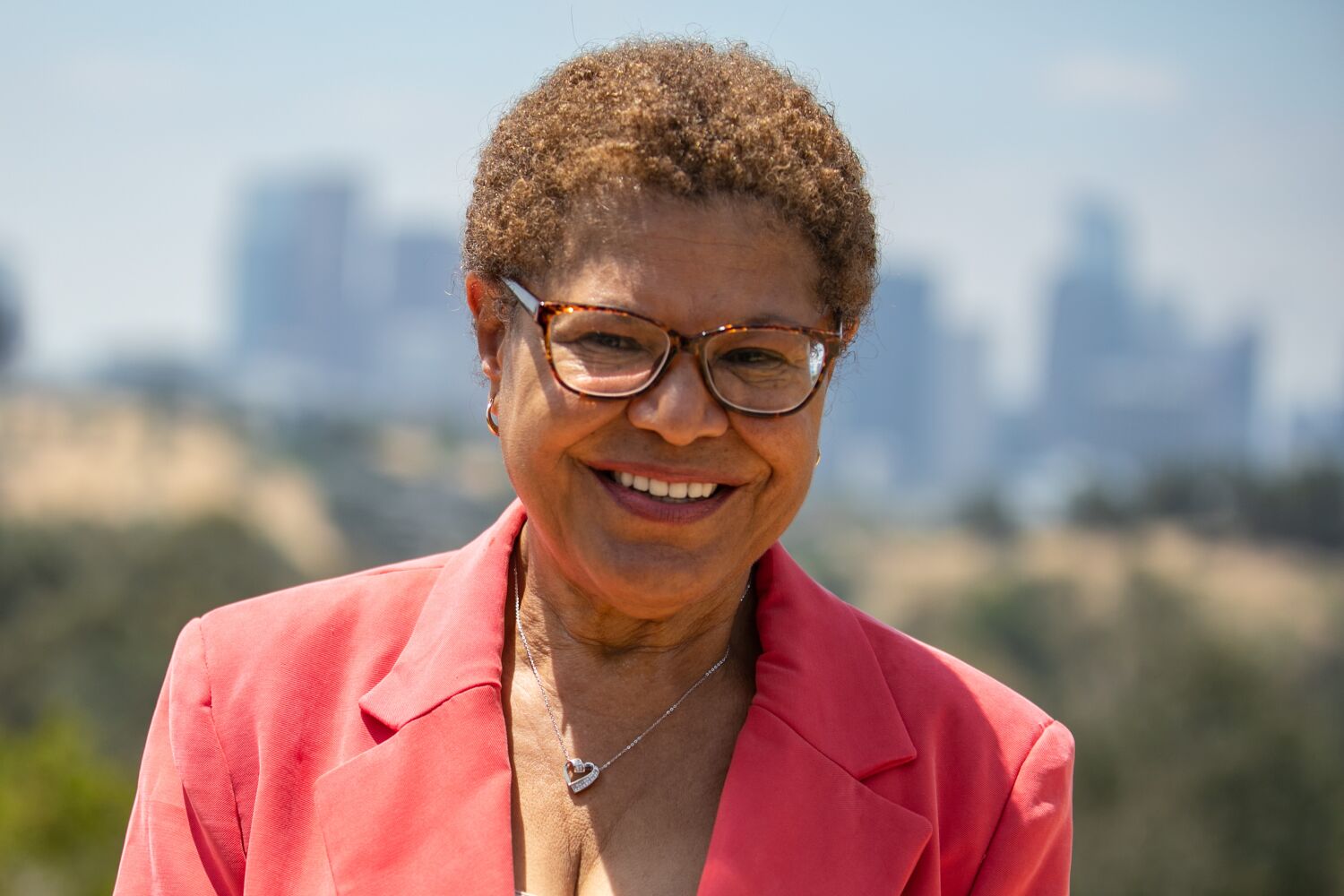 Two firearms were stolen during a burglary at the home of Rep. Karen Bass on Friday evening, the Los Angeles mayoral candidate said in a statement released Saturday.

Bass said she came home Friday to find signs of a break-in and called police. The thief stole firearms that had been “safely and securely stored” but left behind cash, electronics and other valuables, she said.

“It’s unnerving and, unfortunately, it’s something that far too many Angelenos have faced,” said Bass, who lives in the Baldwin Vista neighborhood of Los Angeles.

Bass communications director Sarah Leonard Sheahan confirmed to The Times that the guns belonged to the congresswoman and said they were secured in a Brinks lock box.

Leonard Sheahan said the weapons were legally registered handguns and that Bass has never sought a permit to carry a gun.

No one was home at the time of the break-in, Leonard Sheahan said.

Burglaries are up 15% citywide this year compared with last year, and crime has emerged as a key issue in the mayoral race. An August poll co-sponsored by the Los Angeles Times this year found that 77% of voters want a candidate who is tough on crime.

At a debate earlier this year, Bass was asked to rate — on a scale of 1 to 10 — how safe she feels walking around her neighborhood.

“I do feel safe. I would say a 10,” Bass said. “I feel safe, but I do understand that a lot of people around the city do not feel safe, and I respect that.”

Bass first learned how to handle a weapon in Los Angeles in the late 1970s when she was a California organizer for the Venceremos Brigade, a group founded by young Americans to show solidarity with the Cuban revolution, The Times reported in 1983. She said an LAPD officer taught her.

The officer “encouraged many different folks who had leadership responsibilities in the L.A. progressive community to learn how to use weapons,” she told the newspaper.

Bass, a six-term member of Congress representing parts of the Westside and South Los Angeles, has built a double-digit lead over billionaire mall developer Rick Caruso in polls for the mayor’s race, with less than two months before election day.

The race has intensified in recent days, with Bass and Caruso targeting each other over their relationship with USC, which has been rocked by multiple scandals in recent years.

Bass is facing fresh questions about a $95,000 scholarship that USC granted her in 2011, which federal prosecutors declared “critical” to their investigation into alleged corruption within the university’s social work program.

Bass’ campaign has attacked Caruso, a USC board member, for failing to “keep women safe” at the university, in reference to sexual abuse allegations against former campus gynecologist George Tyndall.